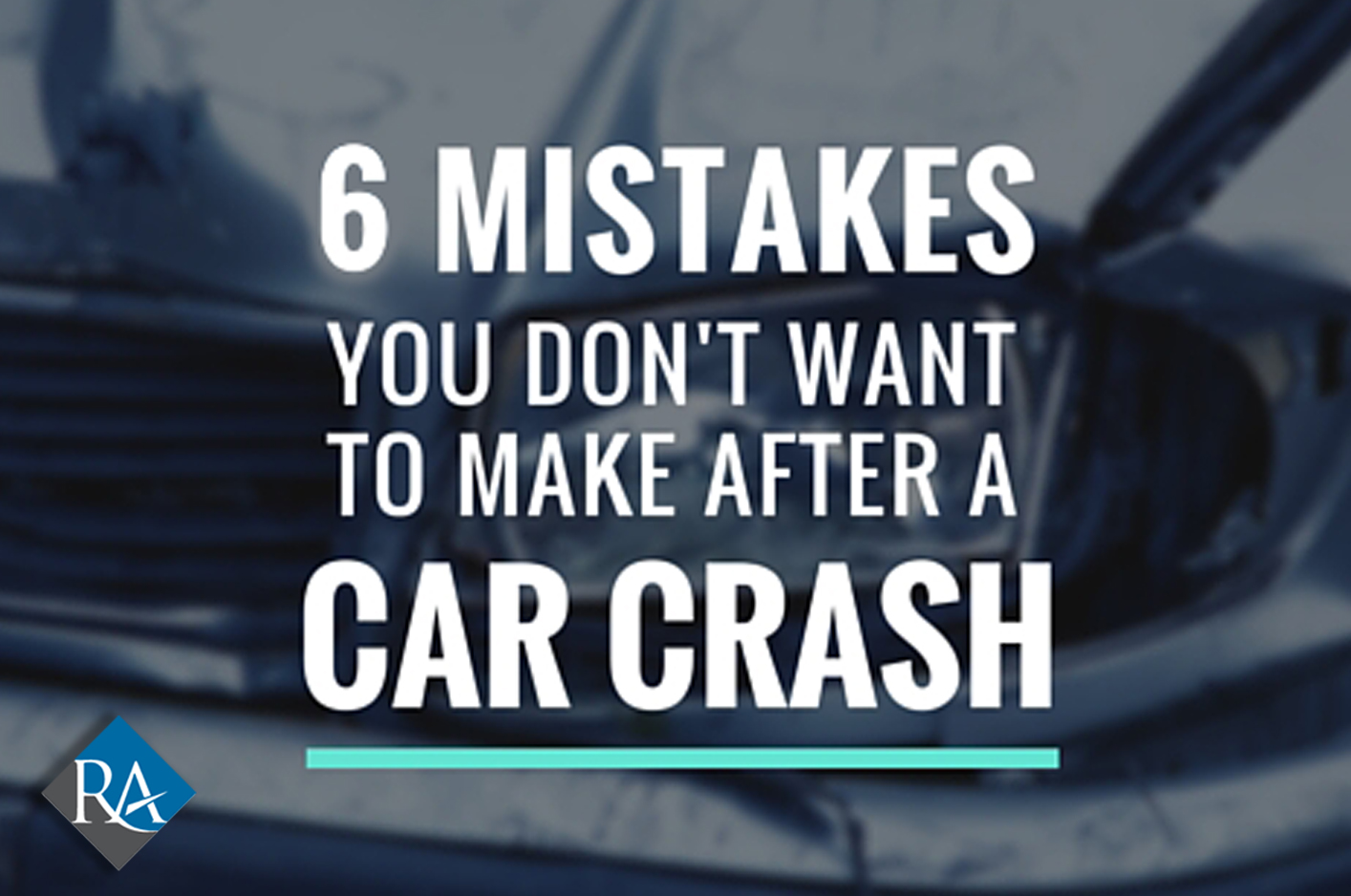 05 Aug 6 Mistakes Made By Drivers Post-Accident

Posted at 13:09h in Personal Injury by Arsine Torosyan 0 Comments

Car accidents are common, yet most people don’t know what to do if they’ve been injured in one. They can inadvertently make mistakes that make it difficult for them to get fair compensation. Read on to learn about six of the most common mistakes made by drivers post-accident.

A good rule of thumb after an accident is to keep quiet. You don’t want to say something that could be used against you as an admission of fault. Should this happen, it can hurt your chances of receiving compensation. Be especially careful when discussing the circumstances with insurance representatives.

As an example, don’t even apologize to the other driver. This may seem rude, but think about it. If you weren’t responsible for the accident, then why should you apologize for it? Simply saying, “I’m sorry,” can be twisted to mean you admitted to causing the collision.

2. Giving Too Much Information Too Soon

Similar to admitting guilt, you don’t want to hand out all the information regarding the accident too early on. Remember that it’s not your job to determine who is at fault. Insurance companies employ investigators to do just that, so let them worry about it. Only offer information when asked directly, and keep it confined to exactly what was asked.

You may be surprised to learn that even minor accidents can lead to injury. When they do, a medical diagnosis outlining your injuries is the best evidence you can have when you present your case.

You may feel fine in the immediate aftermath of the collision, but you should still see a doctor. Adrenaline can hide any pain you may be in, so you might not even realize you’re hurt until well after the incident.

4. Failing to Properly Document the Scene

Simply jotting down notes won’t cut it. Photographs are needed to prove what happened, and they make great evidence because they help identify who was at fault.

Take as many photos as you can before the vehicles are removed from the scene so you can document how things were immediately following the collision. Document all points of impact, and don’t forget other relevant details, no matter how insignificant they seem. Simple things like tire marks and surrounding foliage that can obstruct a driver’s view could be the key to winning your case.

5. Accepting the First Settlement from Insurance

Generally, compensation for injuries sustained in car accidents is paid by the insurance company of the at-fault driver. The company might immediately offer a settlement or even send a check. No one likes to deal with insurance, so many people jump at the first offer. It’s possible, too, that they believe it’s the best offer they’ll get.

It’s important to remember, though, that first offers are almost always less than what the injured party is actually entitled to under the law. A personal injury attorney will see to it that you don’t get low-balled or pressured to take what an insurance company originally offers you.

6. Not Contacting an Attorney

When it comes down to it, everyone should hire an attorney when they’re involved in a traffic collision, no matter how small – and it’s not just because they know all the ins and outs of personal injury law.

To start, the person you hire will communicate with the insurance company on your behalf, so you won’t have to deal with them yourself when your focus should be on recovery. Second, your attorney can best identify and quantify any damages you may have suffered, and he or she can effectively fight for maximum compensation.

If you’ve been injured in accident, contact us for a free consultation of your case.