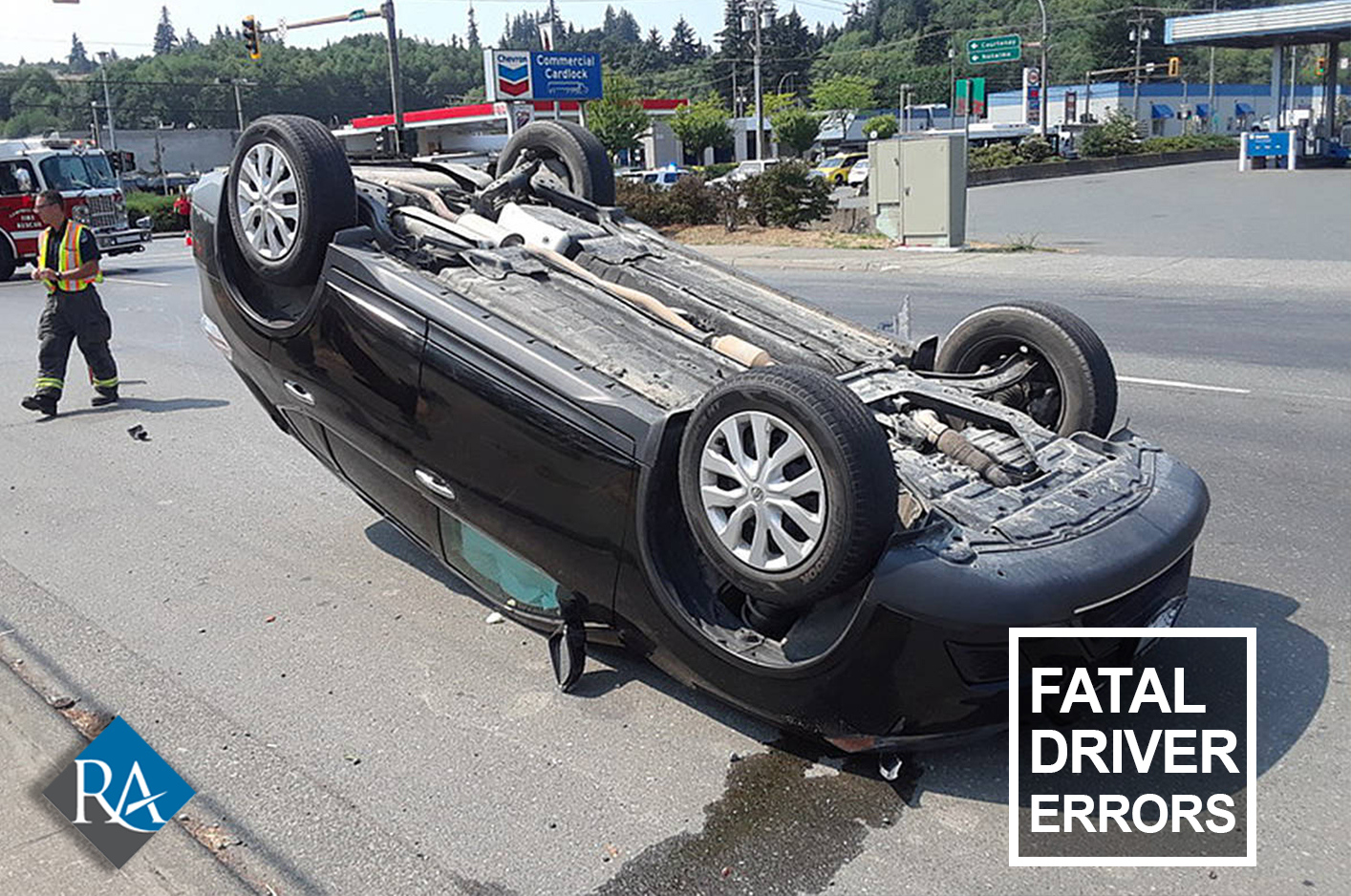 22 Jul How to Survive a Rollover Crash

Posted at 14:33h in Personal Injury by Arsine Torosyan 0 Comments

A rollover crash is a frightening experience even to think about. Rollovers do, indeed, have a higher fatality rate than other accident types, accounting for nearly 35% of deaths in passenger vehicle crashes. A lot of people brace for impact in ways that actually make a rollover more dangerous.

First of all, the best way to survive a rollover is not to get into one in the first place. Most rollover crashes are single vehicle crashes, indicating that the strongest factor is driver behavior. Here are some good prevention tips:

If, despite all of these precautions, your car does start to roll, the temptation is to brace against the floor, steering wheel or dash. Don’t do this. The airbag will knock you out of this position into a less safe one. So, what should you do?

You should drill the rollover brace until it becomes second nature. Include your passengers, and children who are old enough to be out of car seats. Hopefully you will never have to do it, but knowing how and reacting quickly can save your life.

After your safety and the safety of drivers or passengers in the vicinity is established, be sure to contact an attorney immediately. RA & Associates provides free consultations for any and all car accidents victims.